The Sacred Isle of Iona

From our holiday home on Mull, we had amazing views looking out to sea. In the distance, between and beyond Ulva and the towering headland, the isle of Iona was often prominently sun-lit like a jewel on the horizon. It whispered daily, calling us to its sacred shores. On Mull, the morning had started grey, brooding and uncertain and the weather forecast for Iona wasn’t promising. We set off, journeying south west to the Ross of Mull, through pretty crofting, farming and fishing villages, through Bunessan and to the port of Fionnphort, where we would catch the ferry to Iona. As we travelled, we noticed the sky brightening and by the time we reached Fionnphort we were greeted with a beautiful blue sky and sunshine. 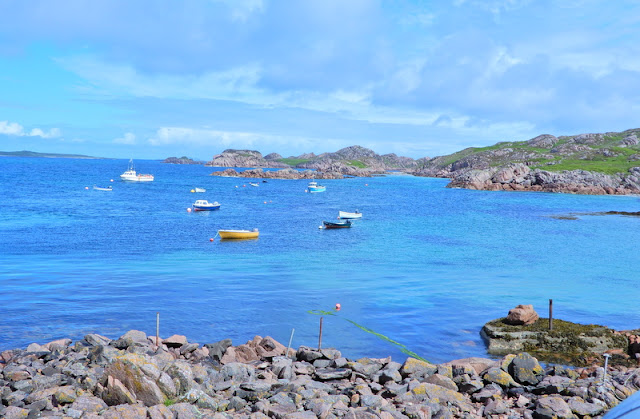 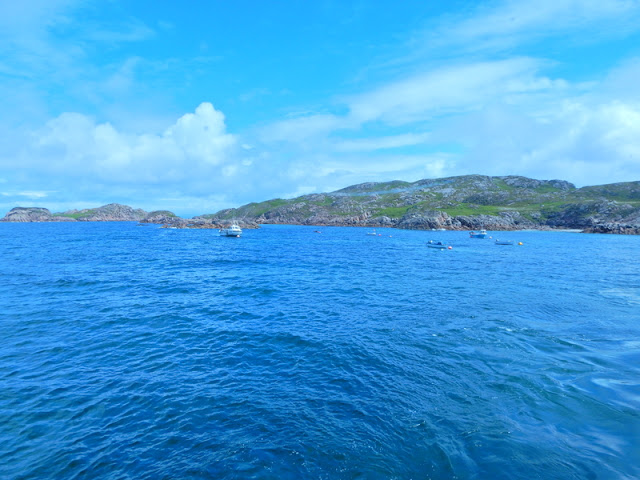 We took the short ferry crossing to Iona and on our approach it was clear that there was something remarkable and mystical about this isle surrounded by the most incredible blue water. 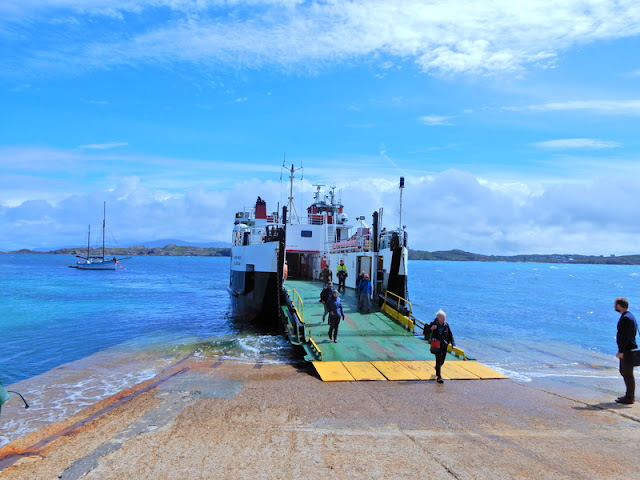 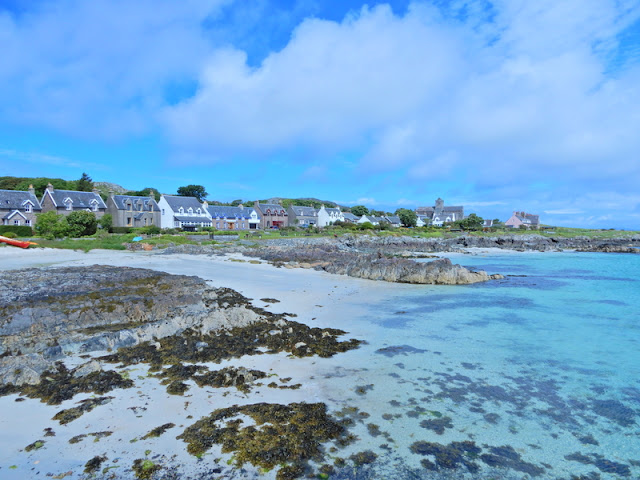 After disembarking from the ferry, we were immediately in the central hub of Iona’s pretty village. I felt instantly at home here. 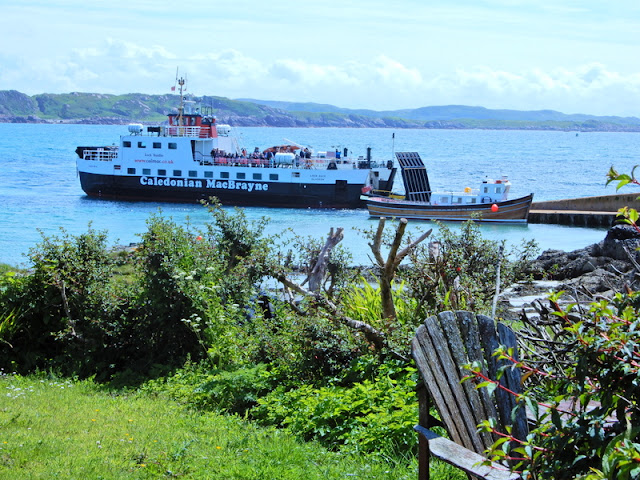 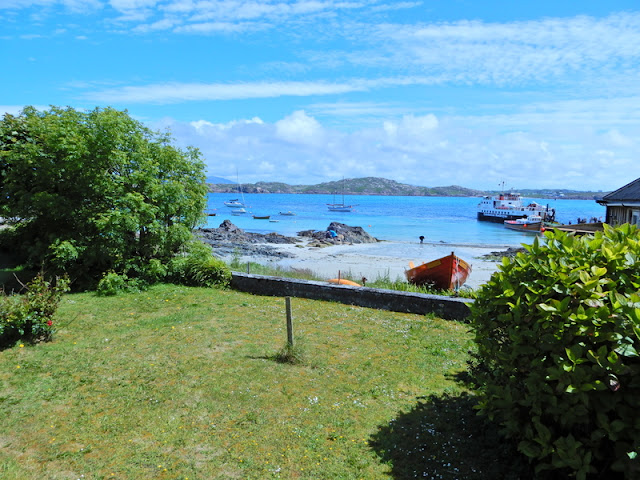 After a delicious meal at The Argyll, we took the well-walked path to the beach, passing galleries, tearooms, shops, and ancient landmarks as we went, vowing to visit each on our return from exploring Iona’s famous white-blond sands. 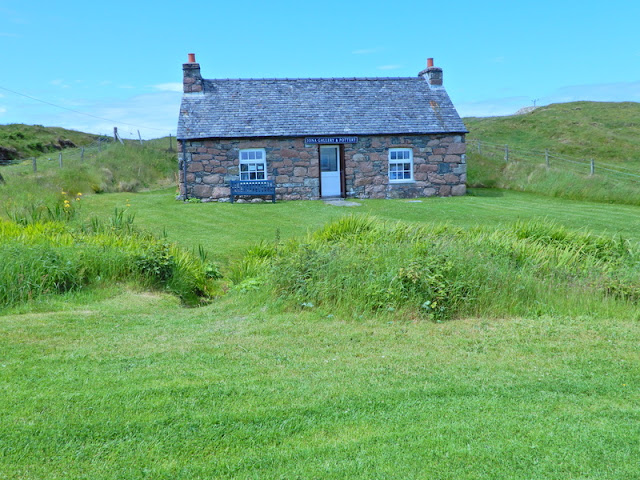 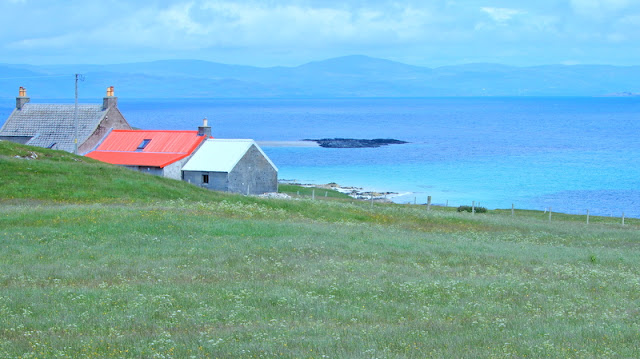 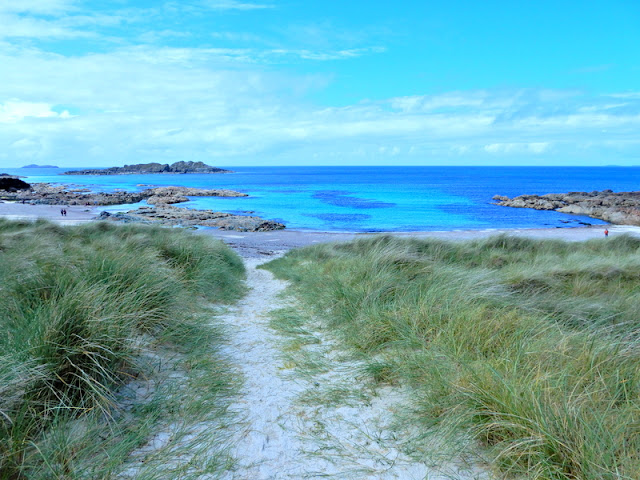 The unexpected and welcoming clear sky intensified the blues and turquoise of the sea. Skylarks soared singing their summer song loud and clear, and I heard the unmistakable ‘krek-krek’ of the ever-elusive corncrakes. A first for me. 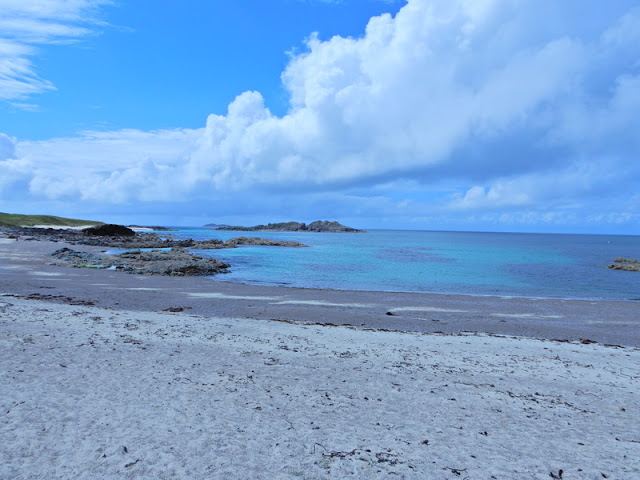 Though cool for June, we went barefoot to the crystal clear water, and enjoyed paddling in the rock pools. 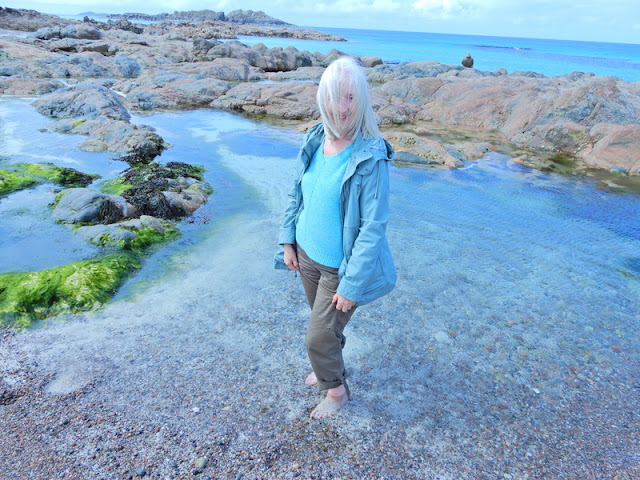 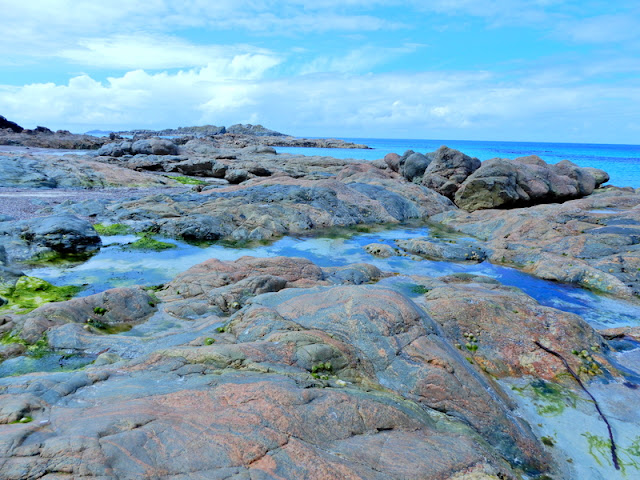 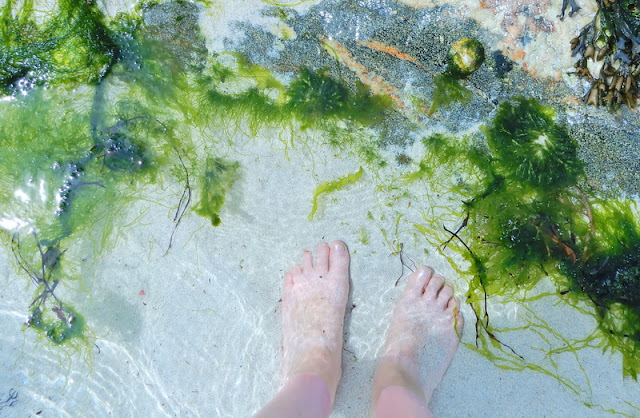 The white sands, colourful pebbles, and ancient rock of mostly Lewisian Gneiss contributed to the sense of having found paradise… 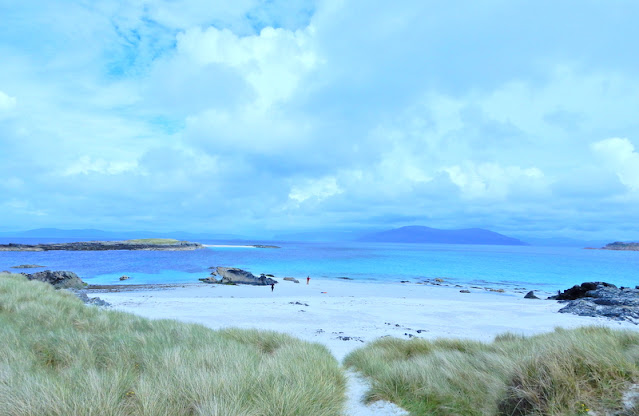 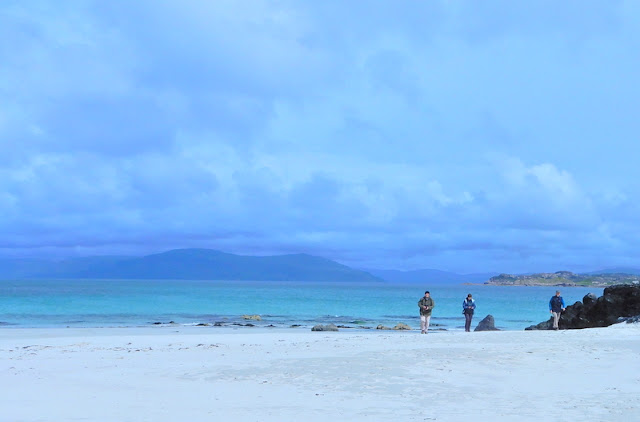 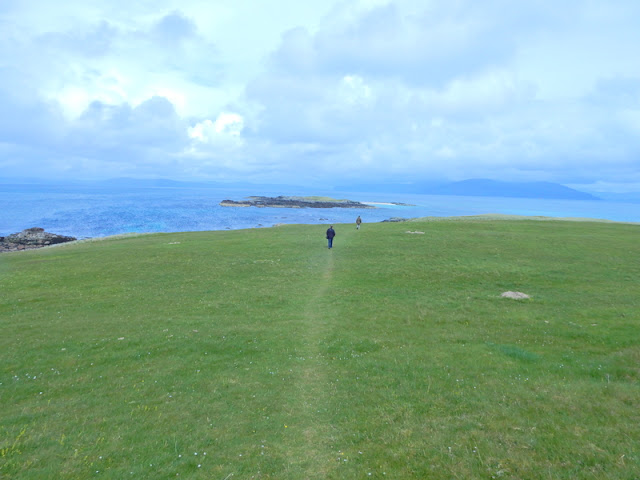 Iona is a place seemingly unaffected by the world’s weary woes. It has a magical energy as if it exists in some other dimension. I, for one, was most reluctant to leave.
Posted by Carol Anne Strange at 15:51